Skip to content
Adrenal Fatigue in Dogs and Cats

Adrenal Fatigue in Dogs and Cats 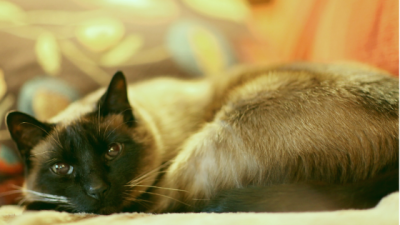 At the American Holistic Medical Association’s annual meeting in 2016, Dr. Lea Stogdale presented four sessions of very specific information on problems arising with adrenal gland deficiencies and excesses in dogs and cats. She extensively discussed symptoms, tests, diagnoses, and treatments. Dogs and cats may develop Addison’s disease (deficiency) and Cushing’s Disease (excess) and while these two points are extreme, there are opportunities to recognize problems in advance.

The more common adrenal gland issues are deficiencies in adrenal functioning. This is labeled in human medicine as adrenal fatigue and hypoadrenalism, for example. Practitioners who have been trained to recognize the extremes only sometimes fail to understand that interventions may be done much sooner.

Dogs and cats are unable to talk but the symptoms of weakening adrenal activity may still be recognized. For example, pet allergies may be a symptom of adrenal fatigue. Pets may exhibit four symptoms: sneezing, itching, tearing, and paw licking (humans rub their eyes) according to Dr. Martin Goldstein.

Dr. Goldstein further writes that cortisone is probably the number one drug of choice in the veterinary world. It is used for everything from allergies and asthma to colitis and joint disease. Cortisone may help relieve the inflammation in all of these situations. However, the underlying causes for provoking these symptoms and the reason that the pet’s own adrenal hormones fail to exert their anti-inflammatory properties are not discovered with this strategy. Cortisone comes in all sorts of preparations including injectables, oral tablets and capsules, skin creams, and ear or eye ointments.

Cortisone and cortisol (also known as hydrocortisone) are the exact chemical structure of the hormones that the adrenal glands produce. When these are used, and used in doses normally produced by the pet’s adrenal glands, this therapy may be very effective and present with minimal problems during treatment. This may not mean that the pet must be continuously reliant on supplementation. Many therapies may be used to strengthen the adrenal glands and restore normal activity when dealing with a more acute problem.

These may produce some desired anti-inflammatory activity in the short term. It is well known that rather than just supplementing or enhancing normal adrenal functioning, these cortisone analogs actually suppress the already limited functioning. All of these must be carefully tapered off when used to allow time for the adrenal glands to restart functioning.

The careful use of cortisone or hydrocortisone was the focus of decades of study by Dr. William McK. Jefferies. Dr. Jefferies’ work was done in human patients but the tenets he carefully described apply just as well to treat pets. Dr. Jefferies maintained that only cortisone or hydrocortisone should be used because these are identical to the normal adrenal hormones. He further insisted that the doses be physiologic, that is, dosing would not be in excess of what the actual adrenal gland could produce. Finally, because these hormones are produced all day long, he recommended that these hormones be dosed ideally every six hours for the best benefit rather than a large single dose.

Additionally, there are many herbs that support the adrenal glands. These include:

Vitamin C and Vitamin B5 are especially needed by the adrenals. There are also a host of products that contain animal adrenal glands. All of these may be employed for adrenal gland restoration. But when treatment is needed urgently, using the actual hormone that the pet’s (and human’s) body was designed for may be both effective and produce few problems.