Skip to content
Beyond the Breed: A Glimpse of Canine Genetics

A Glimpse of Canine Genetics 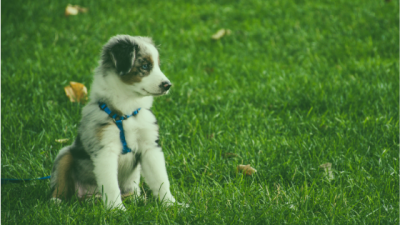 Sequencing human DNA for the purpose of discovering health conditions, genetic traits, and ancestry groups is commonplace. Now you can explore the ancestry of your dog as well. The American Kennel Club (AKC) gives a number of reasons one may want to have their dog’s DNA sequenced, including determining the “mix” in a mixed breed dog and detecting inherited diseases inherent in their canine genetics. Keep reading to learn why having your favorite pooch’s DNA sequenced may be the key to his or her optimal health!

The Human Genome Project (HGP) was an “international, collaborative research program whose goal was the complete mapping and understanding of all the genes of human beings.” The mapping portion of the HGP was completed in 2003. The genome refers to the collection of genes that make up our DNA. The human genome contains 20,000 to 25,000 genes and each gene codes for a protein. Proteins are responsible for the structure, function, and regulation of the body’s tissues and organs.

The Dog Genome Project has also been completed. In 2005, researchers sequenced 99% of the genome from a female boxer named Tasha. Based on Tasha’s genome, the researchers were able to explore the genomes of ten different dog breeds and other related canine species, such as the gray wolf and coyote. Researchers found the physical and behavioral diversity of dogs to be coded in their genomes.

Because dogs are so diverse – compare a Chihuahua to a Great Dane – exploring the dog’s genome can uniquely help us understand a number of evolutionary factors. Humans share a large number of a domesticated dog’s 21,000 genes, particularly those involved in digestion and metabolism, neurological processes, and even cancer. Understanding the dog’s genome can help us understand much about human evolution and disease as well.

How to Test Dog DNA

Several companies now offer a genetic analysis from a cheek swab or by blood. While the blood sample analysis requires a veterinarian office visit, cheek swab samples may be collected and sent in for analysis by pet owners themselves. If you are looking for highly detailed results, consider how many breeds a laboratory is able to identify when choosing a laboratory. There are over 400 breeds of dogs, but most laboratories can currently compare samples in a range of 100 to 150 breeds.

What’s the Point of Canine Genetics?

Aside from finding out a dog’s breed for curiosity’s sake, why would anyone bother to obtain this information? Dr. Jean Dodds and Diane Laverdure explain why canine genetics is hugely important in their book, Canine Nutrigenomics: The New Science of Feeding Your Dog for Optimum Health. We used to think we were the victims of our genetic makeup but now we know outside forces can affect gene expression, an effect known as epigenetics. Not every gene in the body does the same thing all the time. Genes may be “turned on” and active or “turned off” and inactive. Whether or not a particular gene is active is called gene expression.

One of the most powerful outside signals to our genes turns out to be food. Dodds and Laverdure’s book focuses on nutrigenomics, how diet affects gene expression, and how food can be used to direct the cells and the body to illness or health. Dodds and Laverdure describe obtaining optimal health by using functional foods. These are foods that will trigger gene expression toward health. Equally important is to eliminate all other food, chemicals, or pesticides that affect the epigenome negatively and interfere with optimal health. For example, if you know that a particular breed is prone to osteoarthritis, you may be able to feed your dog appropriately with nutrients designed to turn off the abnormally functioning arthritis cells, while avoiding foods that turn them on.

Knowing the breed of your dog allows you to tap into a rapidly evolving knowledge base and understand the genetic weaknesses associated with different breeds. Dodds and Laverdure see a near future with breed-specific commercial dog foods that target the nutrient needs of each life stage.

Help is coming for the many health issues affecting dogs. These issues include:

Many of these issues are skyrocketing in the human population as well. The path to optimal health for dogs may be equally useful to their human companions.