The Cortisol Connection:
How Adrenal Hormones Affect the Health of Pets (and Their Owners) 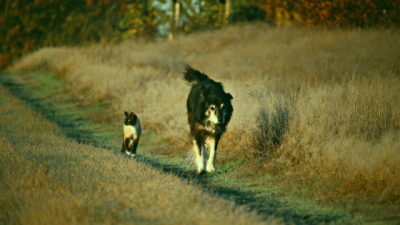 Steroids are a class of medications that are used to treat inflammation, allergic reactions, and pain in pets. Synthetic steroids, such as prednisone, dexamethasone, prednisolone, and triamcinolone are already widely used in veterinarian practices. Synthetic steroids have a long list of side effects and may be dangerous to use for a prolonged period of time.

Dr. Al Plechner devised another treatment approach. He used hydrocortisone, a steroid hormone bioidentical to the cortisol produced in the body, to supplement the pets’ cortisol levels. His book Endocrine-Immune Mechanisms in Animals and Human Health Implications describes this series of events that may lead to many chronic illness symptoms and shortened lives:

Cortisol disruption can occur in a number of different ways. The adrenal glands may not produce enough cortisol, or cortisol may be produced, but be unavailable for use because it is bound tightly to proteins. Variations in enzymes or receptors may lead to less actual cortisol activity.

An increase in adrenal estrogen production triggers the body to produce binding proteins. Like cortisol, thyroid hormones can be made unavailable for use by the body when bound to proteins. Usual lab tests may show normal thyroid levels because the thyroid hormones are present, but they are unavailable for use by the body. Cholesterol and triglycerides also may be high.

Symptoms in pets related to low thyroid function include:

Ultimately, the immune system may be disrupted. Testing, performed by Dr. Plechner, revealed that many important immune proteins were low in pets with the imbalances described above. He theorized that the high levels of adrenal estrogen were responsible for these changes in the immune system along with the lack of cortisol activity.

He found supplementing with hydrocortisone made up for the lack of adrenal activity and, within a very short period of time, total estrogen levels dropped and immune proteins improved. More importantly, the health of the dog or cat was restored.

Interestingly, adequate thyroid hormones are needed to help break down cortisol in the body. Many dogs needed thyroid supplementation in addition to hydrocortisone to restore their health. Cats did not generally display the same thyroid deficiency problems, and so fewer needed thyroid.

Dr. Plechner writes that the area of the adrenal gland which produces cortisol is the most sensitive to assaults by chemicals, toxins, and continued stress. Inbreeding of pet animals has led to serious weaknesses with the adrenal production and activity of cortisol. Once cortisol activity has declined, serious impairment of the immune system likely follows. Dr. Plechner has linked the following conditions to this imbalance: infertility, endometriosis, cystic ovaries, heavy bleeding during menstruation, malabsorption and digestive disorders, allergies, lung problems, urinary tract problems, liver dysfunction, behavior changes, epilepsy, obesity, deadly infections, periodontitis, vaccinosis, autoimmunity, and cancer.

Dr. Plechner believes that this situation also occurs in humans. He proposes that the work presented in Dr. William Jefferies’ Safe Uses of Cortisol illustrates the human equivalent. Dr. Jeffries also found the use of low doses of supplemental hydrocortisone to be helpful for a large spectrum of disorders.

It is amazing to think that this cascade of hormone and immune dysfunctions could be behind so many different maladies. On the positive side, laboratory testing  of cortisol, thyroid, and total estrogens can easily confirm this imbalance. Although it is not yet a standard practice, treatment with hydrocortisone is inexpensive and, according to Dr. Plechner, extremely effective and even life-saving. If you or your pet suffer from any of the conditions mentioned in this article, it may be worthwhile to discuss testing and hydrocortisone with your veterinarian and/or personal health care practitioner.