Skip to content
Do Animals Have the Same Taste As Humans?

Do Animals Have the Same Sense of Taste As Humans?

My veterinarian wrote a prescription for my cat, Fluffy. She requested marshmallow flavoring. This seems like a strange flavor for a cat. Do cats really like this flavor? Do animals have the same sense of taste as us? 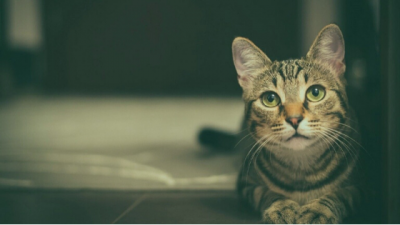 Sense of Taste in Pets

Dogs and cats are members of the order Carnivora. This group contains not only those that are true carnivores (meat-eaters) but also includes some species that are omnivores (eating meat and plants), and a few that don’t even eat meat. Dogs are carnivores but can also be thought of as omnivores, they obtain nutrition from their preferred meat sources as well as from small amounts of vegetation/fruits. They can detect many of the same flavors as humans – including sweets. They are not as sensitive to salt (not needed as they get enough salt from their “prey”).

Cats are obligate carnivores (true meat eaters), their taste buds are fine-tuned to detect meat. They can detect different amino acids (building blocks of protein) and are particularly sensitive to bitterness, which makes it even more of a challenge to mask medication flavors. Some medications are bitter despite added flavors. One of the genes responsible for sweet taste in humans and dogs is inactive in cats, rendering them unable to detect sweet flavors. Some cat owners have reported that their cats love sweets, but sweets also often contain other components, such as fat, which may be attractive to them. So, does that mean marshmallow is a poor choice for Fluffy? Not at all. Many flavorings used, including marshmallow, do not contain sugar but mimic the flavor of the food. The marshmallow flavoring itself may counteract some of the bitterness of medication. Both dogs and cats have been known to explore novel tastes different from their everyday diet. Taste preference can also vary from pet to pet, Fluffy may love marshmallow or prefer more traditional flavors like chicken, fish, or beef. Finding the purr-fect flavor can sometimes be challenging, but can make medications much more palatable for our furry friends.