Skip to content
Do Dogs Eat Grass Because They’re Sick?

My dog has been eating grass lately. My neighbor says that he’s doing it because his stomach’s upset and he wants to throw up–is this true? How can I know when my pet is nauseated? Are there anti-nausea medications for pets?

Uneasy About Being Queasy 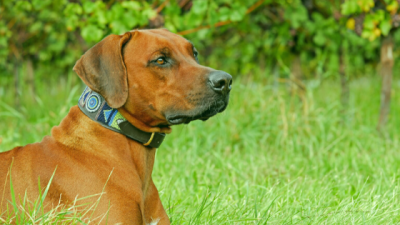 Dear Uneasy About Being Queasy,

Nausea and vomiting are unpleasant but necessary functions of the body that protect pets from ingesting dangerous substances. Our furry friends cannot tell us when they feel nauseated. However, some physical symptoms include:

There are many potential causes of nausea and vomiting in pets, such as:

Why Do Dogs Eat Grass?

Although it’s a common belief that dogs eat grass (or other plants) when they feel sick or to induce vomiting, evidence suggests that this is not the case. In 2007, a study was published including a large sample of surveys from owners regarding plant-eating behaviors in their dogs. The results showed that only a small portion of dogs appeared sick before (or shortly after) eating grass. Most dogs were fed a balanced diet, so eating grass was probably not an attempt to compensate for a nutritional deficiency.

The study concluded that eating grass is normal behavior for dogs. It has been established that even wild canines (such as wolves) sometimes eat plants. Since this behavior is seen in both wild and domestic dogs and is more often seen in younger dogs, the researchers inferred that there must be a benefit to eating plants (such as eliminating worms from the gut).

Several medications are available for treating nausea and vomiting in pets. Most anti-nausea medications help to block chemical signals from reaching nausea and vomiting centers in the brain. Medications that might be used for nausea or vomiting in pets include metoclopramide, ondansetron, mirtazapine, cisapride, and maropitant. If you think your pet is experiencing nausea, follow up with your veterinarian to rule out any serious medical conditions.