Spaying and Incontinence in Dogs 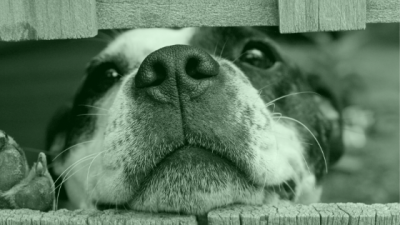 Spay surgery sterilizes a female dog and prevents her from getting pregnant. Usually, both the ovaries and the uterus are removed. Another option is to remove only the ovaries or only the uterus.

Unspayed female dogs go into heat about once every six to eight months and it lasts for as long as three weeks each time. During this time, a female dog is receptive to mating with males. She may appear nervous, easily distracted, and more alert than usual. She may also urinate more often than she normally does and produces a vaginal discharge. Unless they’re spayed, female dogs regularly go into heat for their entire lives. In addition to eliminating the odor and behaviors associated with being in heat, spaying is thought to have several additional benefits.

The spay procedure has its equivalent in human healthcare and is known as a complete hysterectomy (ovaries and uterus removed) or an oophorectomy (removal of the ovaries). This procedure is sometimes referred to as “surgical menopause.” As with a human hysterectomy, spay surgery leaves a dog without her full complement of sex hormones, such as estrogen.

Since spaying is done when pets are quite young, they will experience a lifetime of essentially being in menopause. Some veterinarians are starting to question this practice and are looking at the long term health consequences of a lifetime without sex hormones. Bone cancer, ligament tears, and incontinence tend to be more common in spayed dogs.

Some veterinarians suggest removing only the ovaries because this surgery is simpler and reduces the risk of damage to a pet’s lower back. While the immediate risk to the pet may be less, sex hormone production is not preserved when the ovaries are removed. Dr. Michelle Kutzler, who specializes in animal reproductive health, recommends removing only the uterus. Leaving the ovaries intact allows them to continue to produce sex hormones. The pet will still go into heat, but will be sterile, and will not produce uterine spotting and other secretions.

One problem that may be associated with spaying is urinary incontinence or the unintentional leaking of urine. Veterinarians recommend that pets with urinary incontinence be evaluated by a professional, as urinary incontinence has a number of potential causes. One common cause is hormone imbalance following spay surgery. The proper function of urinary tract tissue is dependent upon adequate exposure to estrogen and after a pet’s ovaries are removed, her estrogen levels are low. Lack of estrogen may cause the urethral sphincter (a muscle used to control the exit of urine) to relax and release urine involuntarily. Incontinence is most common during rest as muscles are relaxed and urine tends to seep out.

The following are some commonly used treatments for incontinence in dogs:

Dogs and Humans: How are We Similar?

As in dogs, research in humans demonstrates the usefulness of estriol in menopausal urinary incontinence. Human studies using estriol have also shown benefit in maintaining healthy tissue in the urinary tract and the vagina.

In the United States, estriol for human use has been available for the last several decades through compounding pharmacies. Practitioners may prescribe estriol alone or as part of an individualized, combination hormone therapy for their patients. In Europe, estriol has been prescribed to menopausal women since the late 1950s. However, up to this point, estriol has not been approved by the FDA for use by humans in the United States.

There’s a sort of irony here. Both DES and PPA were once approved by the FDA for use in humans but were taken off the market due to safety concerns. However, they continue to be prescribed for dogs. On the other hand, estriol has been used successfully in humans for half a century in Europe and for decades in the United States. However, it is only approved by the FDA in the United States for dogs!

Spaying solves a number of societal issues; however, we shouldn’t have to sacrifice out pets’ health to do so. Surgical menopause (removal of the ovaries) has long been presented as the only option and the subsequent hormone deprivation ignored. It’s wonderful that we are taking a closer look at the best possible health outcomes not only for our pets but for our own bodies. Taking personal responsibility for ourselves and our beloved pets can only improve health and quality of life, theirs and ours.